Hello, I'm back with something new!

Hello Everybody! Well its been quite a while since my last post. James is nearly 4 months old now and growing well! He and his brother both have Chicken Pox so I'm in for a rocky few days. I'm making the most of Dad being at home today so thought I'd give you a little update. I've not been making cards except for the odd one or two I've needed for myself. I have however had a go at a few different types of craft. First of all this Nappy Cake. It was a joint venture between myself and a friend. I didn't imagine before we started that it would turn out to be quite this good! I'm so happy with it and I hope the lady who received it is as thrilled as we both were! 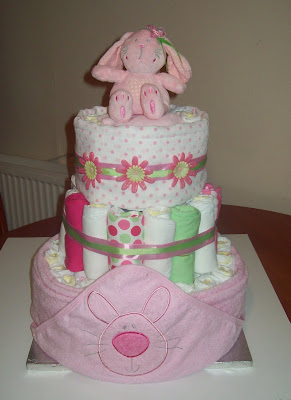 It was my step-dad's 70th Birthday last week and as a surprise I decided that I'd have a go at making him a cake. He is a big fan of aircraft especially the Vulcan Bomber. I've not made any cakes before, other than fairy cakes and the odd chocolate banana loaf so this was quite ambitious for me! He was really happy with it, and I'm really glad I made the effort. It was a little rough round the edges, but at least you can tell what its supposed to be! lol 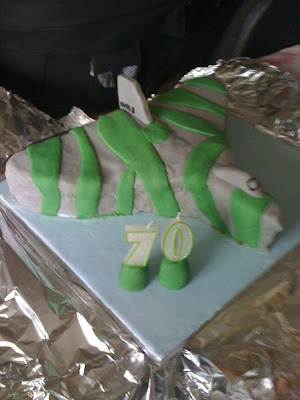 I also made a matching card! The little Vulcan on the card is all hand crafted and each piece of camouflage was cut out individually! Again, he loved it so it was well worth the effort! 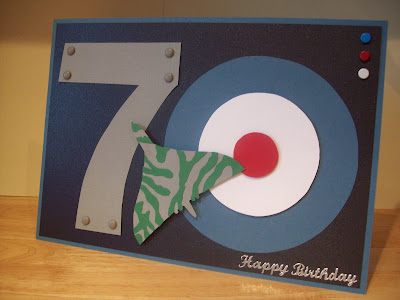 Fabulous pictures Zoe. I'm sad to say that I haven't visited your blog for ages, and actually missed the arrival of James!!! Belated congratulations, I'm sorry he's got chicken pox, let's hope both boys will be better soon.
Your nappy cake is fabulous and well done you for the vulcan cake. I can see why it was well received!
I love the card too.
Chrissie

Brillianr makes Zoe, the nappy cake is gorgeous!!! Love the plane cake and matching card, I would not have a clue where to start on a cake like that! Sorry to hear about the boys, much better that they have it at the same time I think, gets it out of the way x

My youngest had chicken pox when he was about this age and his brother was 4. I was so pleased when they recovered .. .. couldn't imagine them with beautiful unblemished skin again.

Lovely to see you on your blog again.