What a lovely day!

Good morning everybody, its a beautiful and hot day here again today! Hope you all had a good weekend. I spent the day in the garden on Saturday and had a bbq in the evening and on Sunday I took my little boy Adam to the Jump Up Nickjr event at The Bowl in Milton Keynes. It was really good. All his favorite characters were there, Peppa Pig, Fifi, Diego & Dora and Sportacus. He got a great little goody bag with lots of colouring and activity packs. I think I enjoyed it more than he did though! I've uploaded more pictures into my Pisca public gallery and also some other family pictures. 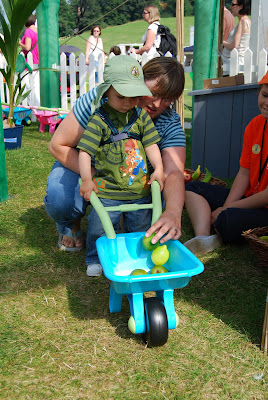 I've made another card using the stamped images from Gina. I've used the same layout as the one below but this time I've coloured the image in using my chalk inks. It never occurred to me to use them to colour in, but I like the result as it gives a deeper colour than my watercolour pencils. I shall certainly be giving it a go again. The red papers are downloaded free, from Summertime Designs and the green floral paper is by Anna Griffin. 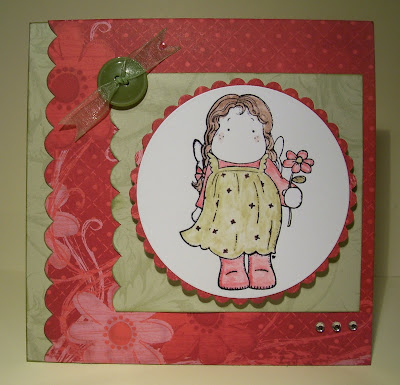 Finally, Its my father-in-laws birthday today and here is the card I made for him. As you've probaly seen I've used this layout a few times lately, and was originally inspired by a card made by Netty on the Docrafts gallery. The picture I've used is actually of my father-in-law racing his motorbike which I thought would be nicer than using a picture of somebody else! 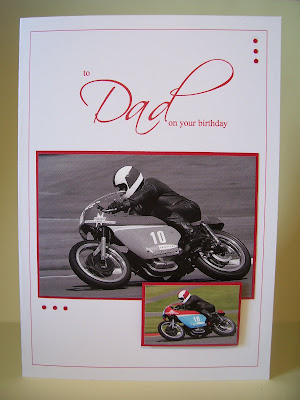 Thats all for now. I'm off to enjoy some sunshine while it lasts!

Lovely set of cards Zoe.
Looks like you and Adam had a lovely day out.
Kerry x

Lovely card again Zoe and what a smashing piccie of you and your little lad, looks like both of you had a fun day xx vicki xx