I came up with the idea for these cards when I was browsing back through some of my old cards. I bought the Cuttlebug animals set when I was in America last year and I think I've only ever used them once. I began by making up a few toppers and it was only when I put the colours together I thought that they'd make lovely images for a new baby card. 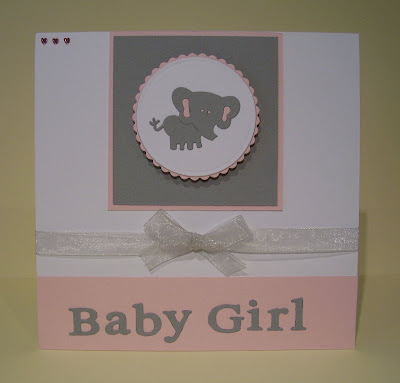 The coloured card used is doodlebug crisscross. The wording is cut out using my Naturally Serif sizzix alphabet, one of those long ones! 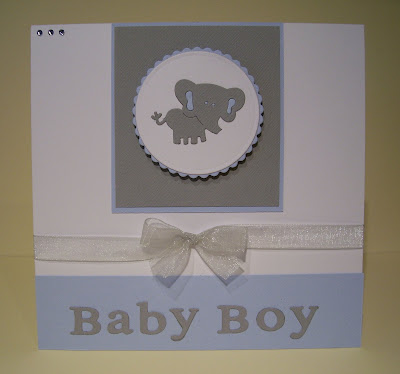 I've managed to quite sucessfully tie a couple of nice bows, using a grey organza ribbon.

Its been a while since I've used my bigshot for anything other than my nestabilities and embossing folders, so it made a nice change. These dies are really lovely and I've made some toppers up ready to make cards with using the other animals in the set. They were a bit fiddly though and were quite time consuming as was cutting out the lettering. I really love the end result though so it was well worth it.

Love these, Zoe. The elephant is delightful.

These are lovely, have had a good look thru and read Rebeccas story too. You have beautiful children.

I came looking for ideas on how to colour in the Pink Petticoat Images and fould so much more. Thank you x