Hello everybody, well as the title says, its not been a good week here. On Wednesday morning we received a phone call from our best friends to tell us that one of their 15 month old twins had died in his sleep. He was actually our godson. This has come as a massive shock to us all and we are all deeply upset especially as it happened only days after the 2nd anniversary of us losing our own precious little girl, Rebecca. 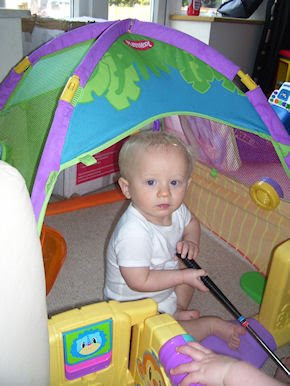 So i've done what I do at times like this, and thrown myself into my card making. I have lots of family birthdays coming up in the next couple of months and I've had lots of orders too. I've made another cande, card and box for a lady's 60th Birthday and I'm really pleased with it. I'm sure she'll love it. I have used Kerry's tip of printing directly onto the tissue paper and decided to use a pink petticoat image instead of a stamped image. 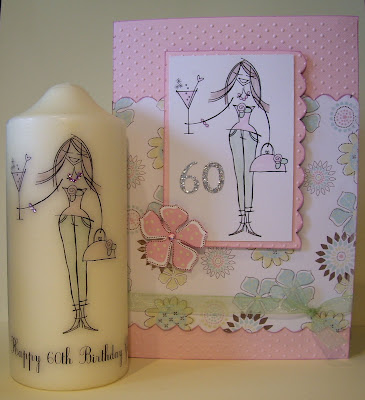 For the same lady, I was asked to make a card from her best friend. She loves Wimbledon and Cliff Richard for some reason! Personally I cant stand him but each to their own. Anyway I found an image of him on the internet and decided to greyscale the image so I could put some more feminie colours with it. 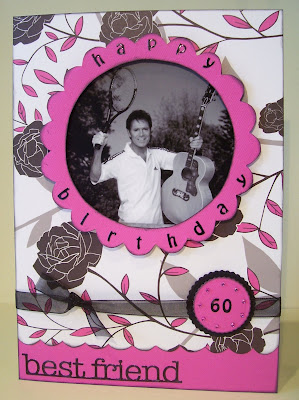 And finally, this one was a bit of a challenge. The breif was, "its for my son's 40th birthday and he likes Indian curry's and drinking beer". I couldnt find anything embellishments for a curry funnily enough! and whilst doing an google image search I found a temple image which I thought might be somewhere to start. I dont like this card, its certainly not one of my best, but it is what she asked for! 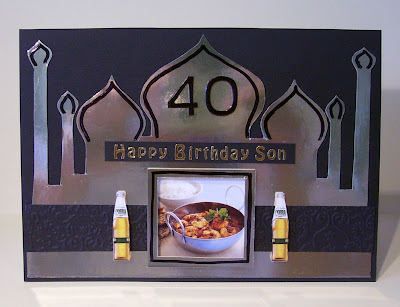 It was my 5th Wedding Anniversary on Saturday 6th, and this is the card I made for my husband. I've used a pink petticoat image and have embossed it with a gold tinsel embossing powder, the only time i've ever used it! but was really pleased with how it sparkles! 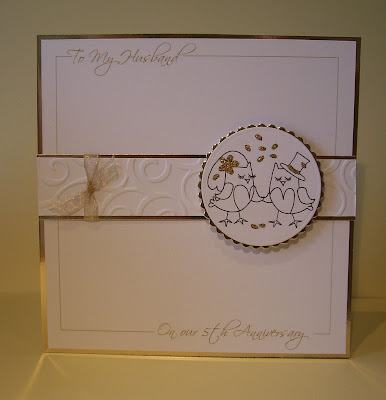 Oh Zoe. I don't know what to say - nothing I do say will make it better, so I won't. Just pants. That's it.

Oh, and your cards a fabulous. How did you find printing onto tissue paper? I expected it to rip so I've not tried.

And thank you for all your lovely comments on my stuff. I really appreciate it coming from you cos you're one of my main sources of inspiration.

Hugs to all xxxxx

OMGoodness Zoe words fail me, how tragic, especially with it being around the anniversary of your daughter too.

Your cards are stunning, love the anniversary card to your hubby, btw belated Happy Anniversary.

There's an award on my blog for you, when you have a mo. xx vicki xx

Only someone who hs experienced it can truly understand so your friend is lucky to have you bless you all.
Great cards and I love the curry house this would be right up my sons street!!. Sue :o)

So sorry about your sad news Zoe. ((hugs))

Gorgeous cards.I especially love the pink petticoat one with the candle.

Zoe, I'm so sorry to read of the terrible loss of baby William, my prayers and thoughts are with you and his parents.

Your cards are fab. I love the candle and like Debbie would love to know how you print onto tissue paper?

Congratulations on your wedding anniversary. Sue.x.

Hi Zoe, so sorry to hear your very sad news. My thoughts are with you all. x

Fantastic cards you've been making. The card & candle are fab & I love the 'curry' card!!

I'm so sorry to hear about your friend's terrible loss, I will remember you all in my prayers. Your cards are lovely as always, I especially like the PP one and the candle

Oh Zoe I'm so sorry to hear your tragic news, My thoughts are with you and little Williams family.

Lovely cards you have made. The card and candle are just stunning.
kerry x

Zoe I'm SO sorry about the loss of your godson. {{BIG HUGS}}

Your blog is amazing. You are very talented.

I'm so sorry to hear of the lost of your gorgeous godson. There are no words I can say that will make the pain go away.

your cards are absolutely beautiful. I love the anniversary card. I was just wondering how you managed to get the text perfectly aligned and with the border?

so sorry to hear your sad news Zoe, you and William's family are in my thoughts.

the cards you have made a lovely, especially the card and candle im just trying this technique as a gift.

hugs to all love Sara xxxx

It now seems trite and unimportant say that I think your cards are beautiful and as a candle stamper on-er, thank you for the tip re printing on tissue paper. I never tried that but I will have a go cos it will save me hours of colouring in etc.

OMG what awful news....so very sorry especially after what you have been through yourself. Sending you BIG hugs xx

So sorry to hear your sad news Zoe. Life just isn't fair. I'm thinking about you and sending you big hugs. Gorgeous cards as always. Love the candle to go with the card too. Lainy xx

Hi Zoe,
I have just come across your blog via Debbie's (MeandlilG). Firstly can I say how beautiful your cards are. I was so sorry to read you lost your little girl and now your godson, so tragic that these little ones have to leave us. I understand fully where you are coming from by diving into your card making. I lost my husband last November and have found my hobby such a comfort. My thoughts are with you and your best friends. Hugs Tracey x

Hi hun, just popped in again to say congrats on being pulished on PP!! Well done you xx

There's an award on my blog for you Zoe.

So sorry to heard about William.