I've had a few of my friends little boys to make cards for over the past couple of weeks. I wanted to have another go at my favourite little paper pieced dinosaur that I made a few months back, and here he is. This time I've used the basic grey Archaic paper set, which is what origianlly inspired me to make my own dinosuar. The little bones are all hand drawn and cut out. In all I made 4 dinosaurs which were really time consuming but quite theraputic. 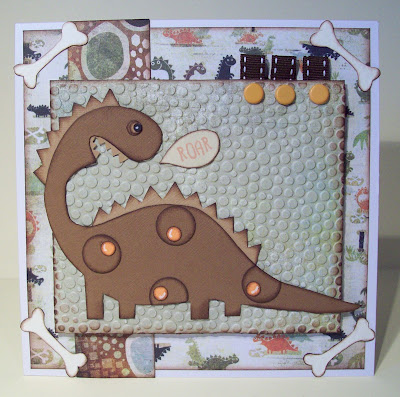 I had this Sugar Nellie Pirate coloured and sitting in my stamped images box waiting to be used! I had a vision of this card before I made it, and Its absolutely nothing like it was going to be! I've actually kept it a lot simpler than it was going to be. Ive distressed the edges of the map and highlighted some of the lines so they stand out a bit more. 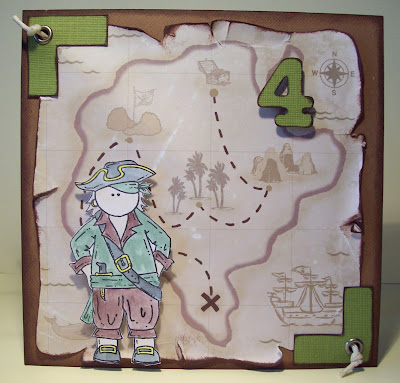 I was having a flick through some of my old magazines looking for inspiration when I came across a page of Jo Kill's paper peiced toppers, one of which was a cute little builder. I had a go and he was really easy to make. I just cut out a few circles using a punch, did a little bit of cutting and a lot of edge inking! I've also gone with Jo's style of doodled edges which I think goes well with this image. I really like making my own paper peiced toppers for cards. Its very satisfying 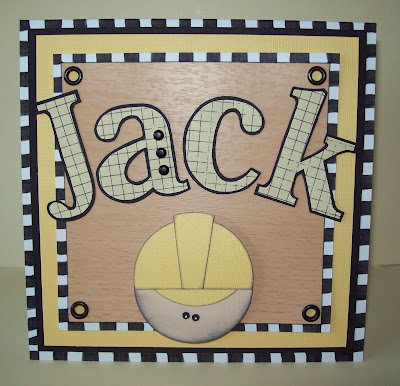 And a slightly larger version. The diy letters are little wooden stickers that I got from a pound shop ages ago. I knew they would be usefull for something one day! The wood effect squre is actually some old laminate effect vinyl which we had left over from when we had to make a repair in our kitchen. Its actually been really usefull and I've used it on a few cards in the past. 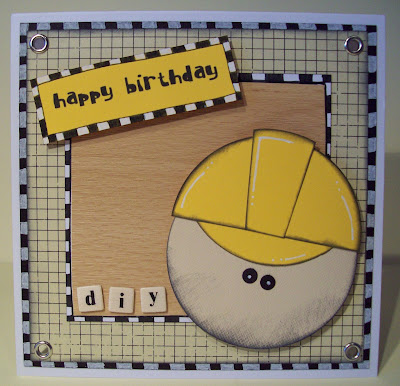 You've been a bit busy then!

these are all great kids cards, the recipients will appreciate them. They're not too childish either but keep the fun factor.

fab card Zoe, I especially like the dinosaur one.

These are great, I really loved your dinosaur when you did your first one, he's fab.

Love them all, especially the dinosaur card :)