I've discovered that this is my favourite layout at the moment. Every card I make using this sketch I really like, which is unusual for me! So here are a few of them. First of all is this gorgeous Edwin! I decided to use papers from the DCWV Rockstar stack, which I have been very reluctant to use in the past and it has sat in my craft room for about a year now! Its one of those sets thats too good to cut up, but I was brave and here is the result! I'm glad I used it now. The little records are so easy to make and so effective. I just cut a few small circles with my nestablities and popped an eyelet in the centre, and then just added a few white highlighted lines. 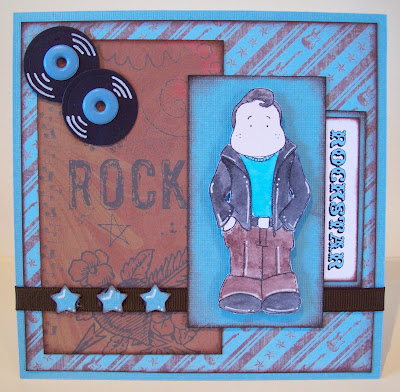 I liked the card above so much so, that I wanted to re-create a girly one using some of the pink papers from the Rockstar stack. It took me a while to come up with the idea of using the Ipod as I didn't think I had a suitable alternative to the Edwin image, until I woke up the following morning, after having made the card the night before, and realised that I have a Pink Petticoat image of Lola holding an Ipod! I will use that one next time, lol! I find the best ideas usually come after a good nights sleep, but then I have to write them down quickly before I forget! 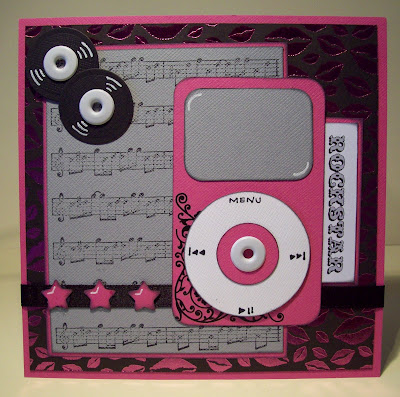 And finally, I bought these Basic Grey papers a month or so ago now, and was really inspired by the colours. I had this Edwin image already coloured and he kind of matches so thought I'd use him. 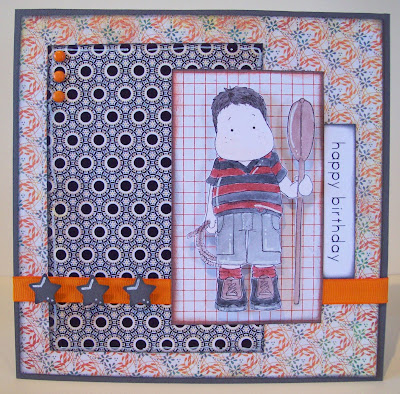 Might be the same sketch, but they all look so scrummily different,
love them,
hugs
Angie

Hey lovely, hope things are rosy where you are - it's gorgeously sunny here :D

Have lefta surprise on my blog for you....go take a look :) xxxx

They look fab, I like the sketch nice & simple but works really well, no wonder its your fav!! x x

i just adore the ipod card...i was stuck for a card for a 15 yr old bot and that idea would have been fab for me! i have made it now tho, but willremember your card for another accassion...if you dont mind. xx

Oh these are wonderful Zoe and a great layout. I love how you have coloured Edwin on the first card. have a great evening

Funny isn't it how some sketches just seem perfect.

Your cards are great and show how even with the same sketch the effect can be completely different.

Lots of original ideas and inspiration there. Love Jules xx

oh my god the ipod is just to die for. love your style in card making hun lovely job

Gosh you've been busy, all these are fab, eventhough it's the same sketch all cards are completely different in their own special way. I'm lovin the Basic Grey papers, but what a brill idea with the little records, the I-pod looks fab too, how clever are you xx vicki xx