I can't quite believe how many cards I've made over the past few weeks! My boxes were virtually empty and I have a craft fair coming up in December so desperately needed to get some made! Also with my expected delivery at the end of February, I dare say that I'm not going to have a whole lot of time for crafting then!
So first up, I'll show you some of my Non- Christmas cards. I've made a few new ones but have mainly been re-creating some of my older designs in bulk. I must have made about 100 cards in the past few weeks, which by my standards is a huge amount! Several trips to Hobbycraft and lots of double sided tape later....
Here is a layout I used a few posts back, with this squares design, only last time I did all one colour, this time I decided to use a patterned paper and co-ordinating cardstock. The papers are Epsom and Pink Petticoat. The sentiments are craftwork cards. I have to say, I like these better than the ones I did before! 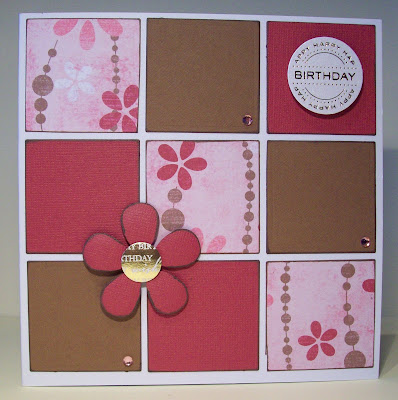 The pink and brown version has got to be my faveourite! I've made a couple of each card too to help bulk out my box. 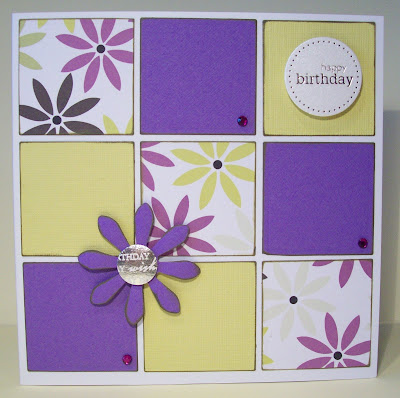 Bathtime Lola is kind of a re-make of a card I did before, in the respect that the image sits slightly high of the card. Its still able to fit into a 6"x6" envelope though! I did measure and check it before I stuck it down. The papers here are from a DCWV stack. The sentiment is Craftwork Cards. I've used glamour dust on the bubbles to give it a bit of sparkle! 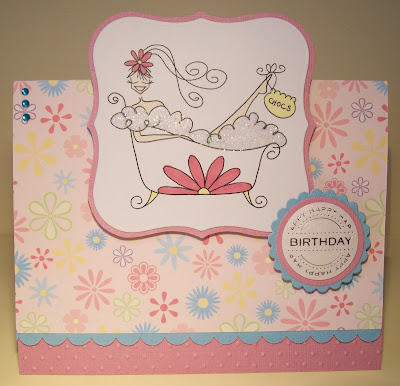 I'll be back later with some more!

They all look great!!!

This is so cute & sassy
Hugs Susie xx